We have a new issue of the NEPCon Sourcing Hub Update for you!

It's finally December, and this year has whizzed by! I am sure you would agree that responsible sourcing has been a big ticket issue this year for many people. I have been consistently amazed by the level of dicussion around responsible sourcing, and I am excited that the debate is moving beyond "should we do it" to "how can we do it".

First, we need to make an important correction to the last issue of the Sourcing Hub Update (Issue 4 for September and October 2018). In that newsletter we incorrectly stated that "7 executives from palm oil giant Golden Agri-Resources subsidiaries arrested for corruption" as the headline for one of our Top News Stories. This is incorrect because 3 (and not 7) executives have been arrested for alleged corruption. The other 4 people arrested in connection with this case are not employees of GAR or its subsidiaries. GAR has published this statement in connection with the arrests.

In very exciting news this month, the EU and Guyana are celebrating! They have concluded negotiations on a Voluntary Partnership Agreement to combat illegal logging, improve forest governance and promote trade in legal timber.

According to EFI the agreement "will help improve forest governance, address illegal logging and promote trade in verified legal timber products." This doesn't meant that there is FLEGT licensed timber available for Guyana just yet, but it is a very important step on the path to FLEGT licensing.

As always, we have put together this newsletter to keep you informed about the news in responsible sourcing over the past month. I hope you find this newsletter useful, and as always, please let us know if there is something missing. Please also share it with your networks and anyone you think may find it interesting.

As we are nearing the end of the year, I would also like to wish you the very best for the festive season and a happy and safe new year. 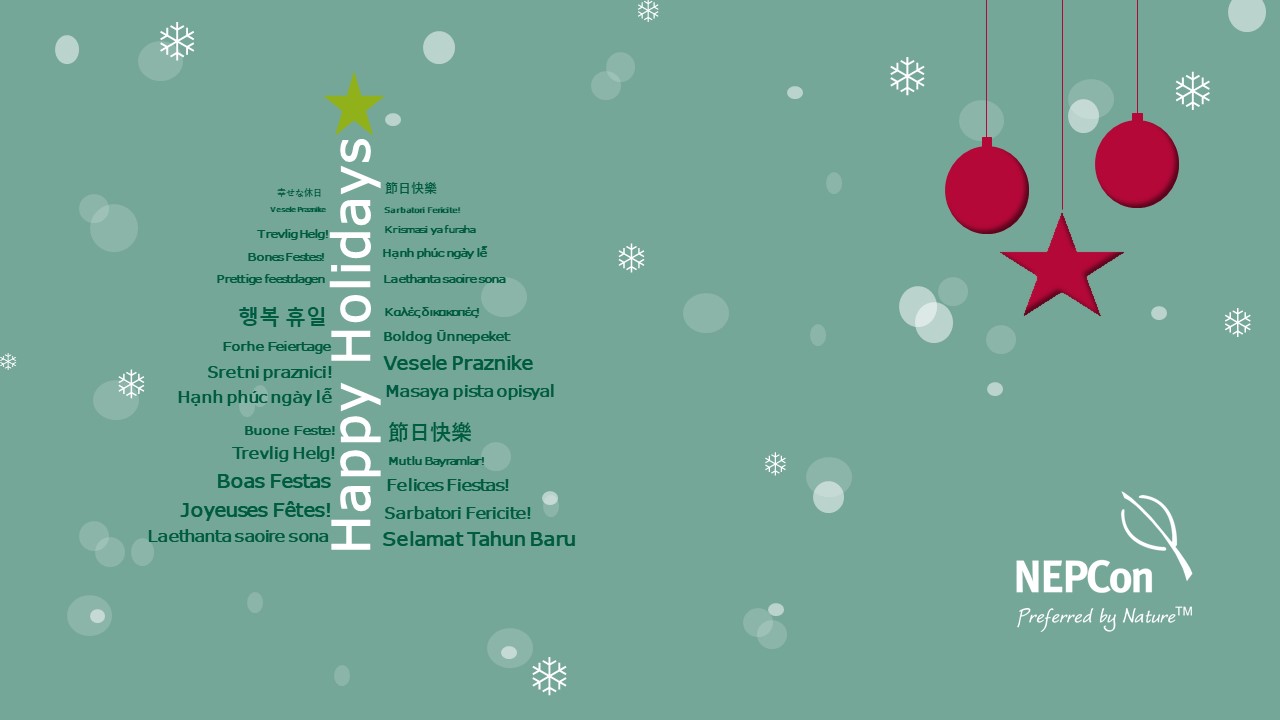 We recently published a Country Risk Profile for Ukraine. Although NEPCon has not conducted a full Risk Assessment for Ukraine, we have analsyed the publicly available information on Ukraine and put together a summary for your due diligence on Ukrainian supply chains.

Would you like to support the NEPCon Sourcing Hub and keep the tool free and open source? Now you can, either through a donation, corporate sponsorship or funding a specific tool or risk assessment. We are working hard to ensure we keep the risk assessments and tools up to date, but we need your help! Check out the support options, or get in touch to discuss

FSC risk assessment has been approved for Finland and is now available on the FSC document centre. You can read the official announcement here. FSC has scheduled to approve Brazil, Indonesia, Luxembourg, New Zealand, Russia, United Kingdom, United States of America, and Uruguay in the new year, but an exact date has not been given yet.

No deforestation approach in the new RSPO Principles & Criteria

During RT16 and GA15, the Roundtable on Sustainable Palm Oil (RSPO) members have agreed to new certification standards, effective immediately, which include halting deforestation, protecting peat lands and strengthening human and labour rights. 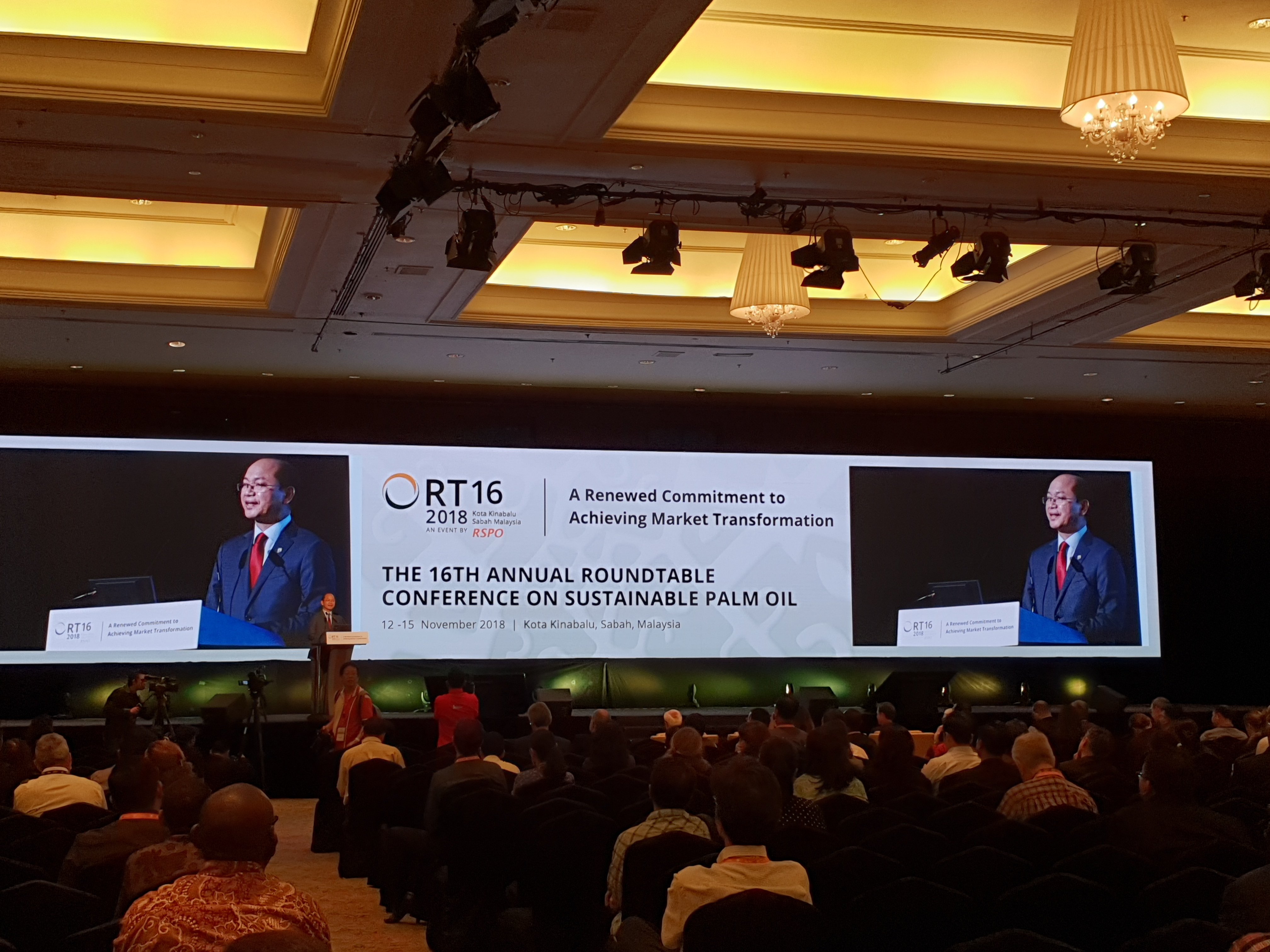 According to the new P&C 2018 standard, there is a need to stay engaged in High Forest Cover Landscapes (HFCLs) and allow local stakeholders such as communities and governments to make their own participatory decisions on the land use in HCFLs.

Therefore, the new P&C recognises the need for an adapted procedure that will only apply in specific High Forest Cover countries and in HFCLs, to support the sustainable development of palm oil by indigenous peoples and local communities, with legal or customary rights.

The revised P&C has imposed a strict ban on new development on peat soils of any depth. Under the new standards, all existing planting on peat must adhere to the latest version of ‘RSPO Manual on Best Management Practices (BMPs) for existing oil palm cultivation on peat’.

This new criterion states that future land clearing by palm oil growers does not contribute to deforestation or cause damage to peatlands and high carbon stock forest areas.

The P&C review has also called for stronger requirements to apply human rights standards to all RSPO membership categories. Hence, RSPO’s Human Rights Working Group (HRWG) developed a new policy for RSPO and its members for the protection of Human Rights Defenders (HRDs) and whistle blowers, which includes accessible and adequately resourced procedures to allow HRDs to register their concerns with the RSPO Complaints panel in anonymity and confidentiality.

NEPCon staff members – Business Development Director, Adam Grant, and NEPCon Solutions Asia-Pacific Deputy Director, Lita Natasastra, attended the event as part of our commitment to active engagement with the certification systems.  “It was encouraging to see the development of the RSPO and the RSPO’s incremental improvement is the goal which NEPCon hopes to support. The event gave us an opportunity to explore how NEPCon can help support all actors.

“It became evident that our experience in technical auditing and standard management is a service which will complement the ongoing work,” explained Adam. RT16 has enabled NEPCon to gain a good understanding of where RSPO is heading and how they intend to get there.

Certification forum on activities of the forest wood sector in Gabon

NEPCon participated in a forum, ‘Towards the generalisation of the certification of activities of the forest-wood sector in Gabon’ on 22-23 November 2018. Organised by the Ministry of Water and Forests, in charge of the Environment and Sustainable Development through the Agency for the Execution of Activities of the Wood Forest Sector (AEAFFB) and the Coordination Office of the Strategic Plan Gabon Emergent (BCPSGE), the Minister of Water and Forests, Mr. Jacques Denis TSANGA also graced the event.

NEPCon Africa Regional Manager, Sandra Razanamandranto, and NEPCon Forest and Climate Programme Manager, Mateo Cariño Fraisse, attended the two-day forum. We were pleased as NEPCon also delivered a presentation to introduce NEPCon to participants. NEPCon has a keen interest and strong presence in the forest-wood sector.

“After the two-day event, we increased NEPCon’s presence among forest sector actors. We would like to leverage our breadth of skills and experience to continue growing our presence in Gabon by organising a seminar on LegalSource standard for companies and other stakeholders in relevant sectors,” said Sandra. 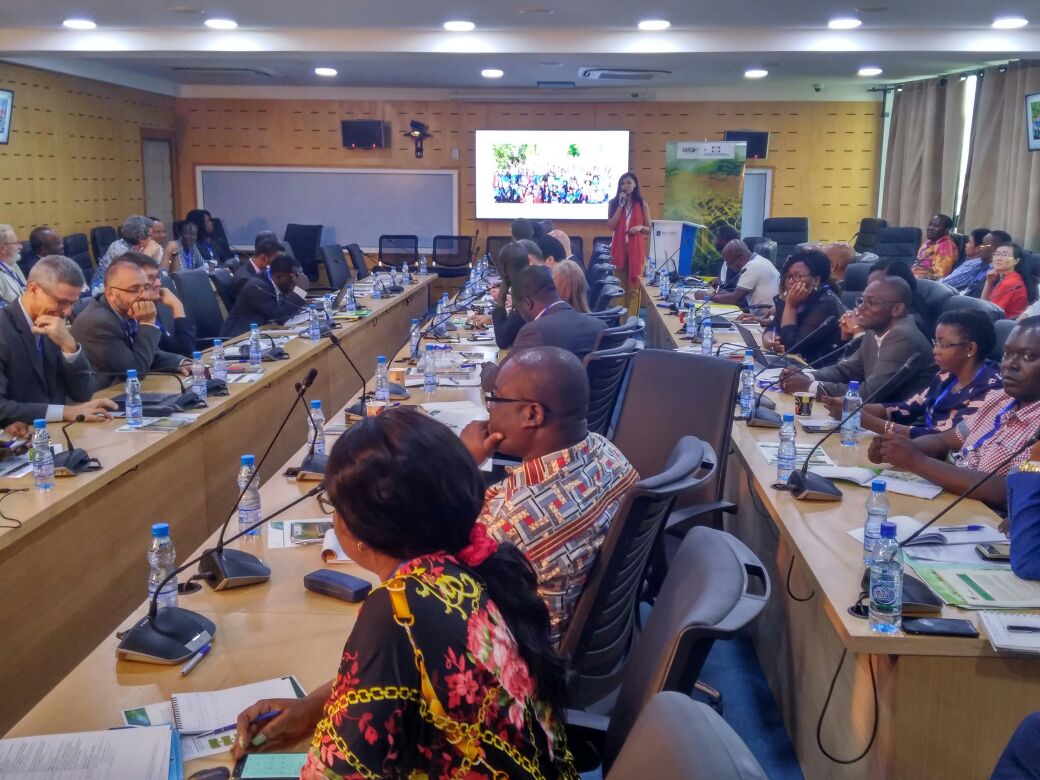 The discussions at the forum created a plan to implement actions including, but not limited to, the following: make a comprehensive diagnosis of the forestry sector, of its actors and its needs; define a specific action plan for each actor as well as a communication platform that allow exchanges between actors; implement a monitoring mechanism to follow up on progress and achievement towards forest certification; and define technical and financial support programmes to support companies towards forest certification.

The forum was held two months after Gabon’s President Ali Bongo Ondimba announced that the country will revoke forestry permits from firms that have not embraced an international standard on responsible logging by 2022. He said all loggers must be committed to Forest Stewardship Council (FSC) certification by 2022.

About 21.775 mil hectares, or 84.5% of Gabon is forested, as revealed by Mongabay.According to WWF, the overall rate of deforestation in the country remained relatively low but illegal logging has been a problem and illegal timber trade is expected to account up to 50% of all forestry activity.  To date, only three out of 40 major companies in Gabon are FSC certified.

To find out more about sourcing timber from Gabon, visit the NEPCon Sourcing Hub.

Recently, French government unveiled their National Strategy to combat deforestation by setting up import regulation of several major commodities including soybean, palm oil, beef and beef products, cocoa, rubber, as well as wood and its derivatives, as reported byEcoWatch. French government realized that they part of deforestation drivers, as quoted by World Economic Forum, "European countries bear an important responsibility since a third of this deforestation is due to the consumption of agricultural products by the countries of the European Union.".

The French National Strategy is part of the French attempt to end deforestation by 2030 and to bring producers, companies, investors, and consumers to take part in this goal. The strategy implementing 17 measures including financial aid to encourage exporting countries or regions to respect non-deforestation criteria; the launch of a "zero deforestation" label for consumers by 2020; and a 2019 push for a European policy on imports posing a risk for forests, as EcoWatch described.

Christian Sloth, NEPCon's ResponsibleSource Programme Manager, commented on the release of the French National Strategy, “obviously this is good news for us as we want to stop deforestation too. I think this policy is great and we should encourage the rest of EU and the rest of the world to adopt similar policies”.

With NEPCon's extensive experience supporting organisations to implement diue diligence systems to control the risks of sourcing illgeal timber, we are excited to see the lessons learned from the FLEGT Program and the EU Timber Regualtion applied to this new measure. "It is clear from the EUTR that a risk based due diligence approach to managing supply chains risks can be an efficient tool to achieve real change in the way commodities are sources across a whole industry or even country. Obviously for such a system to work well there needs to be real engagement and resources assigned, both from the industry, but also from the government" Christian said.

NEPCon conducted risk assessments to major commodities mentioned in the French National Strategy, mainly beef, soy, timber, and palm oil in producing countries that can be accessed on the NEPCon Sourcing Hub.


Brazil loses almost one million football pitches worth of forest

Referring to the new release of Brazilian annual deforestation data, The Guardian points out that last year, the speed at which forest is being cleared in Brazil has reached a peak since 2008. The size of the cleared land is equivalent to almost one million football pitches, as Phys.org also reported.

Worlds’ leaders, including Brazilian President Bolsonaro, are now gathering in Katowice, Poland for the 24th Conference of the Parties to the United Nations Framework Convention on Climate Change or  COP 24, to address climate change issues including deforestation.

Brazil, initially chosen to host COP25 next year, has refused the offer, which makes Carlos Rittl, executive secretary of the Brazilian Climate Observatory, a coalition of environmental non-governmental organizations, worry that “the image of Brazil is at risk... Climate and the environment are the only issues where Brazil is a leader in global terms. We are not leaders in world trade, we are not leaders in a geopolitical sense on security issues. But on climate and environment, we are leaders, and we are giving that up” as he said to  New York Times.

“The Amazon rainforest represents more than half of Earth's remaining rainforest and covers an area of 5.5 billion km2, about 60 percent of which is in Brazil. But it is under threat from illegal logging as well as farming, in particular from soybean plantations and pasture land for cattle.” According to Phys.org.

NEPCon developed comprehensive risk assessments of Brazilian beef and soy which can be accessed on the NEPCon Sourcing Hub.