Making the Kirtland's Warbler sing again in the County of Simcoe 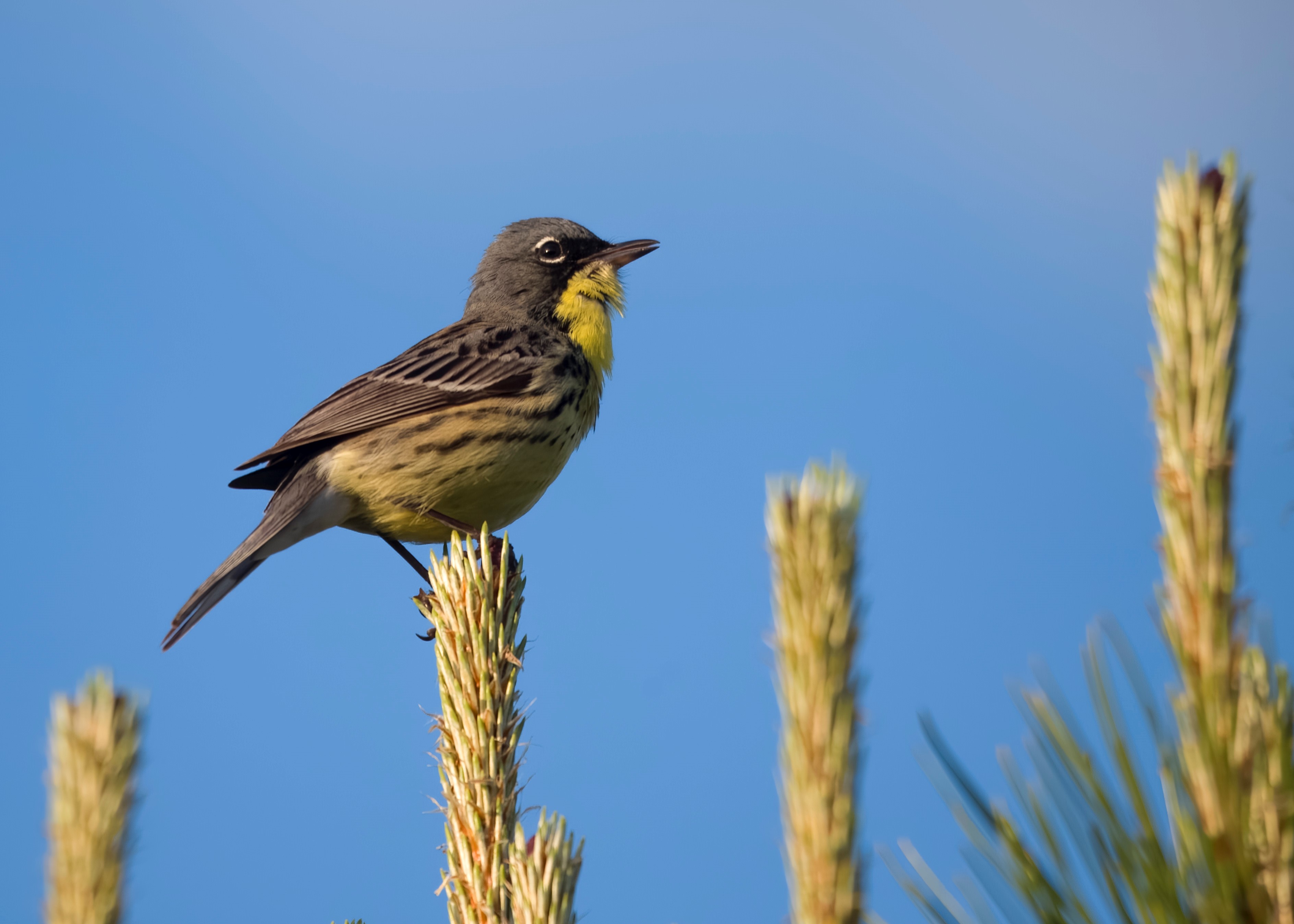 Initially created to restore ‘wastelands’, the forests managed by Simcoe County Forest (SCF) now provide a wide range of environmental, social and economic benefits. This has made SCF one of the most productive municipal forests in Ontario, Canada.

The area covering over 33,000 acres now serves to preserve wildlife habitat and water resources, while providing various benefits to public education, recreation, scientific research, the production of wood products, and so on.

A small migratory songbird of the New World warbler family, Kirtland's Warbler (Setophaga kirtlandii), was nearly extinct 50 years ago. The species has since begun to recover due to multiple habitat projects in North America and abroad.

Kirtland's Warbler requires large tracts of the young, dense forest of primarily jack or red pine for its nesting habitat, which was commonplace within Simcoe County prior to the European settlement, land conversion and fire suppression. Such habitat is crucial for Kirtland's Warbler, which used to call Simcoe County home.

“The loss of habitat is one of the biggest dangers to biodiversity. Due to non-natural environmental changes brought on by human activity, species are disappearing at an accelerated and alarming rate today,” said James Hallworth R.P.F., Forestry Specialist at Preferred by Nature.

The County embarked on unique habitat creation and forest restoration projects and joined an international effort to reintroduce the Kirtland's Warbler to its natural range in Simcoe County. Simcoe County’s land acquisition and afforestation activities enable them to restore such rare habitat types.

In 2017, the County started a project that aims to establish 130 acres of early successional pine-oak forest. The project is being implemented in collaboration with the Canadian Wildlife Service, GEI Consultants, American Forests, Forests Ontario and Mary Gartshore Consulting. Creating a habitat for Kirtland's Warbler has been an international effort, but this project is the first of its kind in Canada and further demonstrates the County's strong commitment to forestry and habitat stewardship.

In 2019, they initiated another project with funding support from Ganawenim Meshkiki—Henvy Inlet First Nations through the Eastern Georgian Bay Initiative. As a result of this initiative, it was observed that during spring migration in 2022, several Kirtland’s Warblers made a stop in Simcoe County.

“It is remarkable to restore endangered breeding habitats. It is the first of its kind for Canada to restore nesting habitat for the endangered Kirtland's Warbler. This habitat type is regionally unique yet critical for many other common and rare fauna,” added James.

SCF also forms a significant component of Ontario’s Greenbelt system, which is a key factor in the consideration of additional property acquisitions. The official County plan maps and designates Greenbelt areas to promote biodiversity and ecological integrity, improve quality and connectivity, increase the amount of woodland cover, and protect and restore the natural character, form, function, and connectivity of the natural heritage system.

SCF also supports tree planting initiatives on private lands through the “Simcoe County Tree Planting Program”, which is funded by revenues produced by the SCF and administered by area partners. Over the past 15 years, the County’s investment of more than $367,000, combined with more than $1.6 million in contributions from other organisations and landowners, has culminated in 853,000 trees being planted on 530 hectares of land.

A Forest Conservation By-law has been in effect in Simcoe County for over 50 years and is intended to ensure that privately-owned forests are harvested on a sustainable basis and to regulate the clearing of woodlands. The By-law objectives are to conserve the forest landscape and prevent over-harvesting as well protect sensitive natural areas. It is also aimed to encourage good forestry practices as well as to ensure a sustainable supply of timber for industry and landowners.

“2022 was a signature year for the Simcoe County Forest, marking 100 years of growth and investment and being recognised as the National Forest Capital of Canada. It was icing on the cake that the Kirtland's Warbler decided to make an appearance and contribute to the celebrations,” stated Graeme Davis, R.P.F., County Forester.