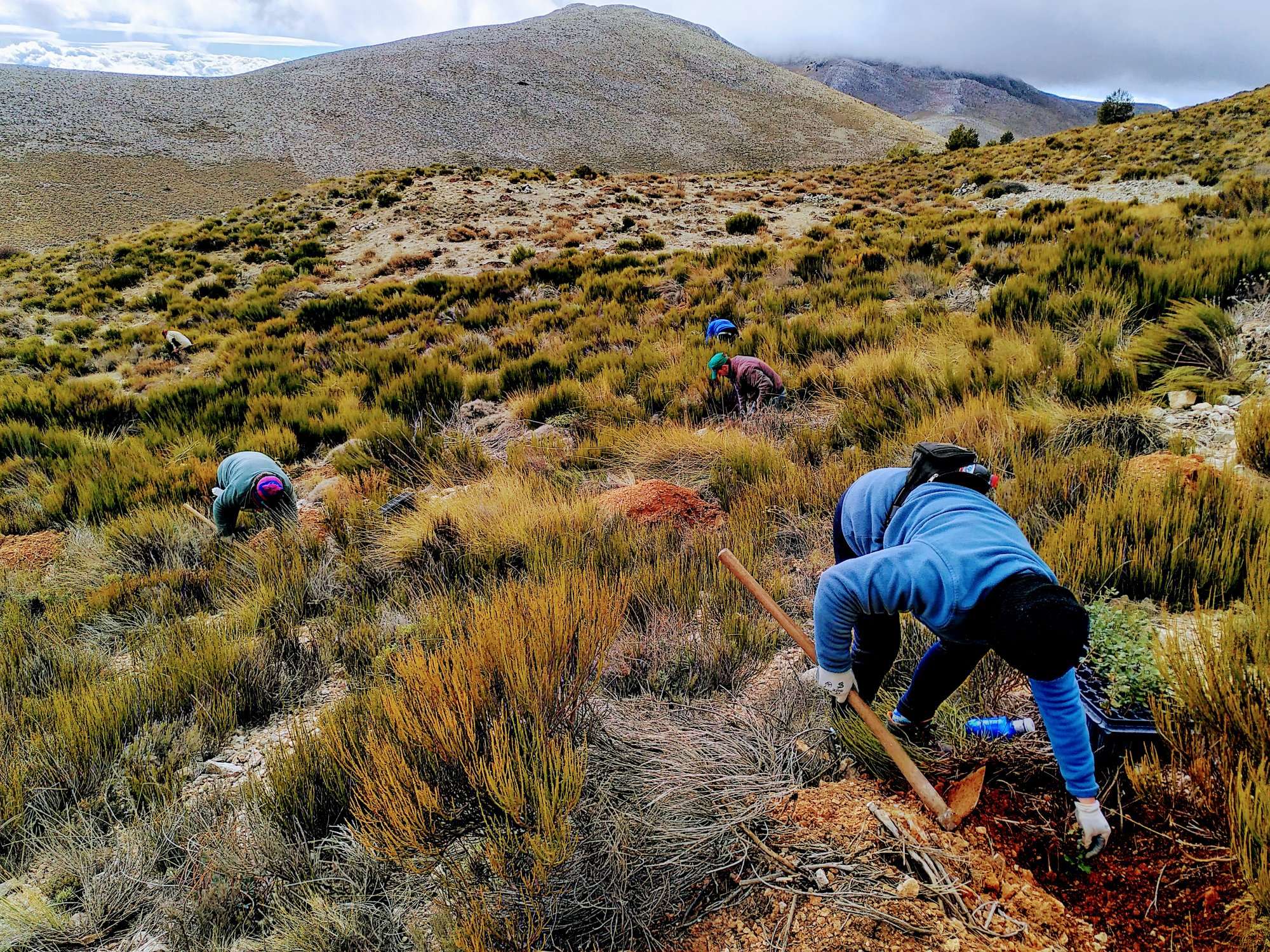 During the last decade governments and corporations have signed numerous international pledges to halt deforestation and support the regeneration of more than 350 million hectares of degraded landscapes and forestlands. However, there seems to be limited progress on the ground.

In fact, deforestation is accelerating: In 2020 the loss of primary tropical forest was up 12 percent compared to 2019, while the annual total loss of primary forest has been increasing steadily since 2014 with 4.21 million hectares lost in 2020, according to the World Resources Institute (WRI).

“The pledges may work to generate public awareness, but they have clearly failed to deliver so far on what they promised,” said Richard Donovan, former leader of the Forestry Division at Rainforest Alliance and a founding member of the Forest Stewardship CouncilTM (FSC).

The restoration of ecosystems and forest landscapes is crucial to keeping the temperature within the 2-degree increase set out in the Paris Agreement, but despite global initiatives such as the Bonn Challenge and the New York Declaration on Forests, forests are still disappearing with alarming speed.

No framework for reporting

According to Donovan, the international process of multistakeholder pledges has so far suffered from a considerable lack of accountability:

“We are talking millions and millions of hectares committed to restoration. However, with my colleagues at Preferred by Nature, we realized pretty early on that the system and the framework for reporting on whether they were being successful or not wasn’t there, and something needed to be done,” said Richard Donovan.

As an independent forest advisor, he has worked closely with Preferred by Nature’s experts to develop the Ecosystem Restoration Standard, which was launched earlier this year. The new restoration standard is applicable at most levels, from smallholders and cooperatives to larger management units, for different restoration approaches – from tree planting to agroforestry, enrichment planting or natural regeneration.

“Hopefully they will choose this standard for their reporting, at least to indicate that they have some form of accountability. It is not atypical for a country – take Peru, Ecuador, Indonesia – to have made a commitment of five or ten million hectares that they want to restore before 2030. If that restoration is indeed happening, this standard is a way of validating - through third party verification – that, not only did it indeed happen, but also how the challenges were addressed,” said Richard Donovan.

Unlike most other ecolabels, the Ecosystem Restoration Standard does not rely on market ‘pull’ from consumers willing to pay a premium for sustainable products. In most cases, ecosystem restoration projects are financed by local or international funds, who wants to see proof that their money has been well spent.

“Communities and project managers will now be able to show that everything has been verified by independent auditors. It lends credibility to restoration projects. Although the standard has been designed in a simple and easy language, multiple technical reviews indicate it is very thorough and covers the key sustainability issues, including social aspects, which are all too often overlooked. We hope it will also serve as a gold standard setting a high, but practical, bar for other standards entering the market,” said Richard Donovan.

There are plenty of projects focusing exclusively on planting trees, but many of them fail because local communities and cultures are not taken into consideration, says Donovan:

According to Mateo Cariño Fraisse, who has been leading the development of the standard for Preferred by Nature, well trained auditors should be part of the full package:

“This is not only about introducing a new standard, but also how you audit against it. One option is that restoration organisations use it for their own monitoring. But whether you use internal auditors or external 3rd party auditors, they all have to be well trained and able to identify issues, including social ones, which may not be visible  without those skill sets or training,” said Mateo Cariño Fraisse.

“The atmosphere does not care for pledges”

The United Nations has declared 2020-2030 the ‘Decade on Ecosystem Restoration’, underlining not only the benefits to the climate, but also to the communities and businesses involved. ‘Between now and 2030, the restoration of 350 million hectares of degraded terrestrial and aquatic ecosystems could generate US$9 trillion in ecosystem services,’ reads a statement on the UN homepage for the campaign.

Perhaps unsurprisingly, the UN call for action does not include a system of accountability and offers, as yet, no tools for measuring impact.

“Pledges are great and shows political commitment, but the atmosphere does not care for pledges. It reacts on less CO2. The world needs to move on from pledges to implementation. That is countries, sub-national government, companies, and knowledge institutes need to work now together towards implementing the commitments,” said Fred Stolle, Deputy Director of WRI's Forests Programme.

Measuring direct impact on a forest level can be complex and many green organisations are currently struggling to come up with useful impact data. However, according to Fred Stolle, Deputy Director of the World Resource Institute’s Forest Programme, it is not impossible:“We are working very hard to develop a monitoring system that can detect trees grown and trees cut to see if we can track the progress for all nationals and subnational entities. We hope to have it ready by end of this year,” said Fred Stolle.

About the Ecosystem Restoration Standard

Another five projects, in Mozambique, Madagascar and the US, are currently under evaluation.

The Ecosystem Restoration Standard has been developed by Preferred by Nature. Find more information about the standard here.

To learn more about the Ecosystem Restoration Standard, please contact:

Conversion criterion: Time for a change